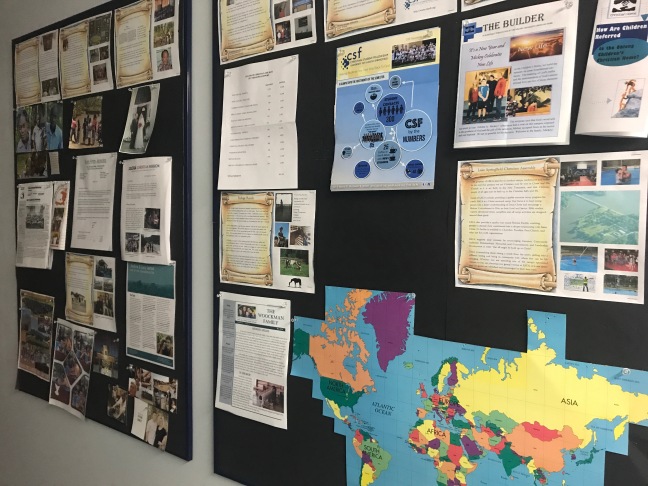 As Dave noted when sending me the total offerings that had come in for April 26th, “Not a typo.” The $39,059.16 in the statistics column is for real! Sort of.

The regular offerings that had been sent to the church for the month totaled just under $20,000, which is about $500 a week under our pre-quarantine projection. What shot the number soaring was a $36,000 gift that had been sent for missions. The donor had taken funds out of his retirement account, and asked that we use them to meet special needs that exist in the missions we support. After evaluating the needs we were aware of, three were selected.

$17,000 was sent to Theo to purchase a vehicle. His truck was almost beyond repairs, and he has had to rely on public transportation and taxis to minister to the churches he oversees and to meet the various needs that exist. The churches in Jamaica are very dependent on support from others, and we have always been Theo’s primary supporter. We bought him his first vehicle nearly 30 years ago, and he managed to replace it once, but due to a decline in support and expanding needs was unable to purchase another.

The second recipient was Haitian Christian Ministries. Mark Zimmerman is on their board, and after consulting with him we decided to send the school $10,000 to help with a much needed bathroom and septic system. Mark said it was desperately needed, but was not something that’s easy to get supporters excited about.

The final gift went to Kent Paris. As you know, Kent is one of very few who offers biblical hope and healing to those who are caught up in sinful sexual confusion. He has recently had overwhelming health and financial struggles, and has even been banned from using Facebook for posting content that was deemed hateful. The $5,000 we were able to send not only met pressing needs, but was a great encouragement to him and Sherri.

The remaining $4,000 is being held for anticipated needs that may be soon coming from Mexico or elsewhere.