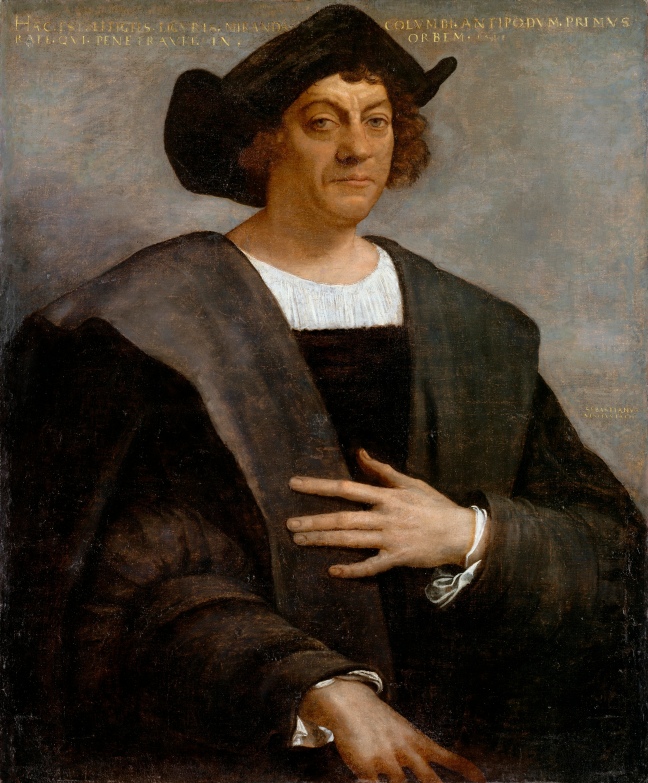 As we anticipate our Columbus Day weekend exodus to Turkey Run, I thought it timely to share some thoughts I found in a recent editorial in Touchstone entitled “Editing Vice & Virtue.” The editorial dealt with the current obsession to remove any reference to historical persons who don’t pass the litmus test of political correctness. And, of course, Christopher Columbus is one of them.

“Currently there is a movement in our country to apply principles of social justice to purge the land of the names of those who do not adequately represent modern values… Of course, there is much silliness associated with dissociating oneself from the past. Students at the University of Pennsylvania removed a large portrait of William Shakespeare from the halls of their English Department and replaced it with a photograph of the black feminist poet Audre Lorde… In the South, anything associated with the Civil War seems to be the target for culture warriors on the left. City parks and statues memorializing the war heroes are being renamed and removed at a rapid pace.

“As Christians, we generally take a somewhat different view of virtue and vice than do those engaged in the renaming movement. We know that all are sinners. Yet we admire those who performed great deeds, in spite of their sins. We see that this is the way God treats his saints.

“Rahab was a prostitute, yet she is honored in the Bible. Moses was a murderer, yet God chose him to lead his people to freedom. King David was an adulterer and murderer, yet he holds highest honors as the poet laureate of the Church… Among the early Christian saints there were many people who acted badly: Peter denied Christ, and Paul persecuted the first Christians (instigated lynchings?)… It is not very often that Christians are named saints and then ‘dethroned’ for their sins, having their statues removed and their names sandblasted off buildings.”

If we don’t repent of our sins and failures, our names may be blotted out of the book of life (Psalm 69:28), but God doesn’t resign us to the dustbin of history if our behavior isn’t perfect. Thankfully His grace covers our sins, our vice is overshadowed by our Savior’s virtue, and He doesn’t deny that we are His beloved sons and daughters.