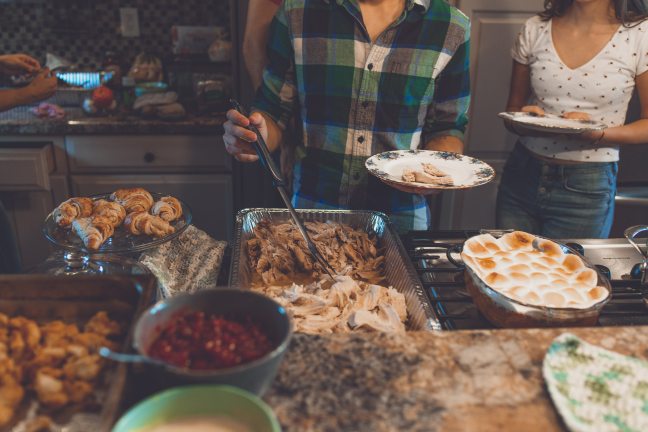 Not only is Thanksgiving just around the corner, so is Christmas! In fact, we’re going to be celebrating both of them this Sunday evening…sort of.

The evening will begin around 4:45, when those who are bringing food are asked to have it here, ready to serve, so the serving tables can be set. We will then meet together in the auditorium at 5:00 for a brief time of giving thanks. We don’t have a special speaker scheduled this year, but we will give any who desire to do so the opportunity to share what they are thankful for after we sing a hymn of praise and thanksgiving. Then, after a blessing for the food, we’ll head for our annual Thanksgiving Pot-Luck Dinner.

After dinner a crew of volunteers will continue showing gratitude by cleaning up, and we’ll transition into Christmas. The kids who are working on the musical will meet with Rhonda for a brief rehearsal, and the rest of us will start digging through boxes of decorations. Before we leave, the church should be dressed for Christmas.

To help you plan for Christmas this year, let me give you a few things to put on your calendar.

The first is the Ladies’ Christmas Ornament Exchange that has been scheduled for Tuesday, December 3rd, at Mario’s. The children’s Christmas musical will then be presented during our worship service on December 8th. On Sunday evening, December 15th we’re planning to go Christmas caroling, ending at Jeni and Jonathan’s for Christmas goodies. And on the 24th we’ll be holding our 49th annual Christmas Eve Candlelight Communion Service.

Since I’m talking about the Christmas Eve service, I guess it’s not too early to start encouraging those with musical gifts to start planning to share them. I will once again plan the service around the specials that are offered, so please start thinking of what you might like to do, and what you want to sing or play. The first to let me know their choice will be the one given the opportunity to present that selection, so let me know what you’d like to do ASAP. 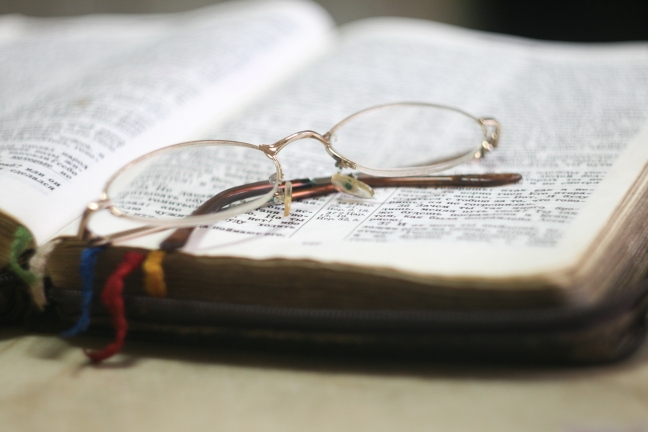 Those of us who are reading through the Bible this year using The Message paraphrase have been spending the last couple weeks in Ezekiel, and it hasn’t been pleasant. The messages that God gave Ezekiel to proclaim, and to even demonstrate, were primarily messages of judgment. And God was very explicit!

In an attempt to make the judgments of God even more explicit, the author of The Message sometimes makes it sound even worse than it does in the NASB. On the flip side, however, the promises of God, and the way He feels, are stated in ways that paint an even clearer picture of the heart of God. I especially like the way God is pictured in Ezekiel 20 expressing how He decides to act the way He does.

After expressing His anger over the repeated sin and unfaithfulness of His people, and His resolve to pour out His wrath on them, the NASB accurately says, “But I acted for the sake of My name.”

That phrase really struck me, and I think that paraphrase really nails it. God acts out of who He is, not by how He feels. And since we are made in His image, I’m certain He would have us do the same. He even makes it possible for us to do so.

“For here’s what I’m going to do: …I’ll pour pure water over you and scrub you clean. I’ll give you a new heart, put a new spirit in you. I’ll remove the stone heart from your body and replace it with a heart that’s God-willed, not self-willed. I’ll put my Spirit in you and make it possible for you to do what I tell you and live by my commands. …You’ll be my people! I’ll be your God.!” (Ezekiel 36:24-28)

Let’s make sure we act out of who we are, not by how we feel. 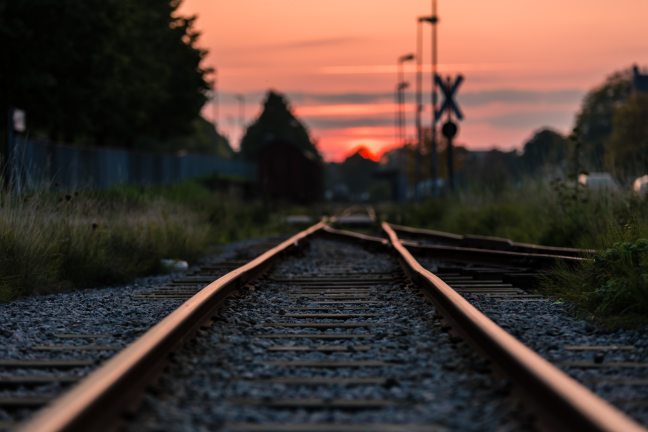 The last thing she said to me before leaving the house was, “Don’t go alone to talk to him.”

He had left a message earlier in the day, and called again while we were in Bible study. His message was that he goes to a new independent Christian church in the Los Angeles area, was not too far from us, and needed a pastor or elder to talk with on the phone. When I called him back he asked if I had time to talk, and I told him I really didn’t, but would call him back in the morning if that was okay with him.

When I did, he informed me that he had AIDS, had been in the hospital for a couple of weeks, and was at Motel 6. He said he had gone to Maryland to see his mother and sisters, who he hadn’t seen in a long time. They didn’t know he was sick, and were shocked when they saw he had gone from 230 pounds to 119. They were even more shocked when he told them he had come to know Jesus, and had left his gay lifestyle. His mom was an orthodox Jew, but she and his sisters had all embraced new age beliefs. They made it very clear they wanted nothing to do with him now that he was a Christian, and tossed his luggage into the street, without his train ticket home. He ended up here because the person who picked him up along the road was heading to Springfield. His only remaining friend was sending him a train ticket, and had arranged for him to get from Litchfield to the train station in St. Louis, but he needed to get to the Baymont in Litchfield to sign for the ticket.

What do you do with a story like that? Are you being played, or is it a real need? It was decision time. I decided I would take a chance it was for real, and would drive him to Litchfield. When I called to tell Marilyn, she begged me to ask Mark to go with me, and he graciously agreed to so do.

After we got him a room and had lunch together, he said he had really enjoyed spending time with brothers. We felt the same way. Whether he really is a brother is not relevant to his current need, but it will be wonderful if one day we do meet again as brothers around the throne of our heavenly Father.