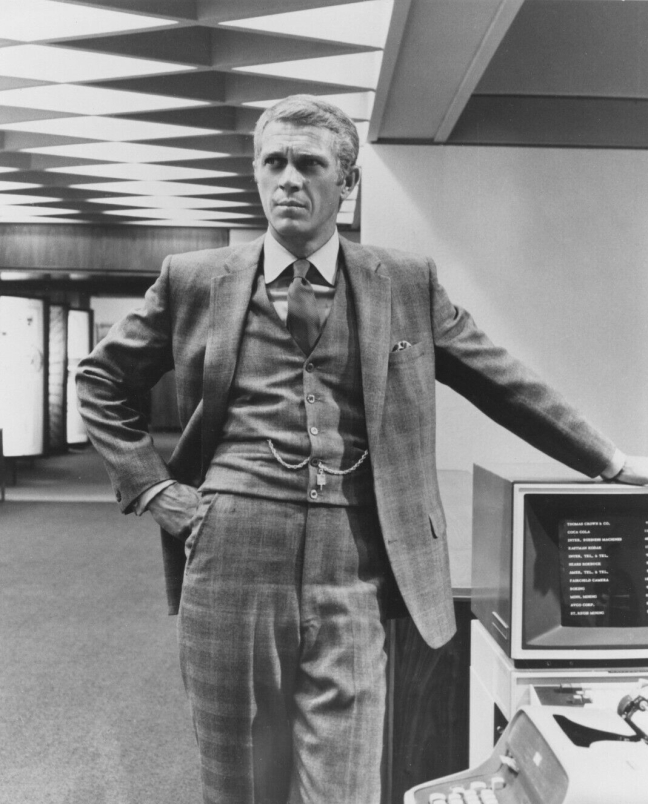 Deciding what to write about is by far the most difficult part of writing to you each week. I want it to be personal in nature, and even entitled it “Rappin’ with Rick” when rapping meant something other than what it means today.

I’m always on the lookout for something to write about, and to my family’s chagrin it’s often them. Other times it’s simply something that’s caught my interest, something I’ve come across in study, or just something I’ve been thinking about.

I’m not usually impressed with celebrity conversion accounts, but I found one while reading a gun magazine last week that I thought you might enjoy. The article was about a special rifle that Steve McQueen carried in the movie Tom Horn. A sidebar in the article had this to say about Steve.

“McQueen was a difficult man. He was married three times and had two children. He was notorious for demanding strange things in bulk like jeans and electric razors in his movie contracts. It was later discovered that he was donating this stuff to the reform school where he had lived as a teen.

McQueen was a competitive racer of both cars and motorcycles as well as an experience pilot. In his prime he ran five miles a day seven days a week, worked out for two hours daily, and was an accomplished martial artist. He was, however, also a heavy smoker and regular drug abuser.

After a lifetime spent pursuing hedonistic pleasures McQueen found himself empty and quite literally dying. In his final months, McQueen became an evangelical Christian. He was active in his local church and met with the famed evangelist Billy Graham while keeping in touch with his friend, and fellow actor, preacher Mel Novak.

In the high-octane life of Steve McQueen, the King of Cool, we see a tough yet talented man who had simultaneously both everything and nothing. Despite a life wasted in sin and excess McQueen nonetheless finally met Jesus and found peace, purpose, and redemption. His story serves as a timeless cautionary tale.”